The famous English singer, composer & pianist Sir Elton Hercules John, better known as Elton John, initially disclosed his retirement from touring. He further announced his farewell tour titled “yellow brick road tour” on January 24th in 2018, which the singer announced would stretch over three years. The singer pronounced the reason for his retirement- as he wanted to spend more quality time with his children.

The well-known artist further added that he had no plans of retiring from touring approximately a decade ago. Still, his preferences have changed a lot over this long period & now his first & foremost priority is his children & his wife.

What Is The Early Life Story Of Elton John?

Moreover, the five times Grammy award winner was born in Pinner, Middlesex, England, on March 25th 1947. Interested in music from an early age of 17, the today 74 years old artist went after his dream career to pursue music just before his A-levels exams. His royal air force serving father opposed at first and wanted him to choose a more traditional career. Still, the singer eventually made his way to his dream career & is now his name is undoubtedly among the most loved & respected artists of the age.

‘The Lockdown Sessions’ is out now!!

This is an album of friendships and collaboration, I’m so proud to have worked with so many incredible & talented artists.

I hope you enjoy listening to it as much as I enjoyed making it!#TheLockdownSessions pic.twitter.com/i1sqnGfeQr

What Are The Struggles Sir Elton John Faced?

The people’s choice award winner’s story is not all about his career only but his struggles in life, such as the number of efforts he had to put in to get work in the industry in his starting days. He started working as a pianist at a pub, struggling against drug addiction and finally getting out of it, getting betrayed by his ex-lover & manager for 28 years, John Reid, only he can understand the pain he has been through all this time in all these aspects in his life. Still, the count does not stop here. John Reid also committed fraud & stole a considerable amount of money of £20 million from Elton, leaving him devastated over the trust of such a long period being broken.

Well, now the legendary artist is again hitting the roads. So, Hooked your seats belts and enjoy the music of elton!

The tour officially started with a concert in Allentown, Pennsylvania, on September 8th 2018, which by all means was a brilliant success for the much-loved artist. However, the ongoing tour will include more than 300 concerts worldwide and is expected to stretch till the year 2023. The farewell tour was scheduled to end in 2021, but due to the uninvited guest “coronavirus”, the remaining part of the tour was postponed as there was lockdown all across the globe. Now, as per the latest news, the time will end in 2023.

What Is The Duration Of This Tour?

As initially announced by the artist’s team, the tour was going to be a three-year tour starting in 2018 till 2021, but due to the covid-19 lockdown, the tour was interrupted and is now expected to end in 2023 as the artist suffered a hip injury in 2021 on September 15th.

What Schedule Is Set For This Ongoing Tour?

The tour will not be short-lived because it has been going on since the year 2018, with the first concert held in the ppl centre, Allentown, Pennsylvania, on September 8th, stretching the substantial tour to the United States of America, Canada & finally to Europe. The long tour was then all set to move for the winter concerts to be held in 2020 in the united kingdom & Ireland, the announcement of which was made on November 8th in 2018. Still, the tour was postponed to the year 2021 due to a pandemic. Well, now the tour is again rescheduled to stretch till 2023 after the singer’s hip injury. We hope for his speedy and healthy recovery.

When Will The Tickets Be Available For Buying?

The American music award winner’s tour tickets went live on sale on February 24th & owing to the excitement and love of the fans. However, the first 60 shows were all booked within a matter of days.

What Is The Cost Of Tickets For The Farewell Yellow Brick Road Tour By Elton john?

The tickets are available on multiple websites at a minimum cost per ticket of $70 and as high as $1000+ depending upon various factors like position, demand & so on. But one thing is sure that the cost of these tickets is invaluable when you consider the mesmerizing and everlasting experience of attending the concert.

What Songs Are Going To Be Performed On This Tour By Elton John?

Some of the songs that this tour includes in performances by the artist are “border song”, “all the girls love Alice”, “tiny dancer”, “take me to the pilot”, “Indian sunset”, “sorry seems to be the hardest word” & many more.

So if you are a fan & are interested in making it to the concert to listen to the billboard music award winner’s songs live, buy tickets now & be a part of this amazing tour. We have gathered some reliable sources where you can buy passes for the concerts, let’s look at them.

Where Can I Get Passes For The “Yellow Brick Road Farewell Tour”?

are some trustworthy and hassle-free websites where you can get the tickets for Elton John’s ongoing farewell tour easily with some amazing discounts too. Visit these sites at your earliest to grab the passes before it’s a houseful.

So to sum up, you can say that this final and the ongoing farewell tour of the academy music award winner, one of the biggest names in the singing industry, sir Elton Hercules john is the most awaited one which you surely don’t want to miss!

The much-loved artist has been active on his official Twitter account & official website, too, all along for updating the fans about more details of his farewell tour.Thus, you can visit the official website of the English singer at www.elton.com to get the latest news and updates from them. 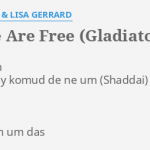 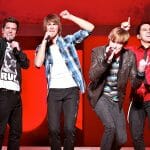