Dream Theater will be releasing its next album on October 22nd and embarking on a tour this fall. The new album is titled “A View from the Top of the World”.

With their 15th studio album, the band continues to keep up its prolific pace of releasing albums for over 30 years. In fact, with this pandemic shortening the gap between records these days, it seems that they’re not slowing down at all.

ream Theater will be releasing its next album on October 22nd and embarking on a tour this fall. Click to Tweet

A new era of Dream Theater begins with Distance Over Time. The power-heavy prog-metal group, which is on tour in support of the album when vocalist James Labrie returned to Canada while the remaining members holed up in their newly built “DTHQ” studio near New York City to work on new music.

When they’re apart, the members of Dream Theater are connected by their shared passion for music. Throughout a new album’s recording process, this connection is strengthened with each interaction and song creation session. This was true during The Astonishing production as well; LaBrie would be in Canada while Petrucci recorded his guitar riffs on Zoom before performing both parts face-to-face later that day once he arrived at New York City studio via quarantine from Toronto airport screenings.

“We just love to play our instruments,” Petrucci said. “That never goes away. I only ever loved writing and exercising my mind creatively- that part of me has always been excited about creating new music with Dream Theater for the past 20 years or so now! Whenever we get together as a band, it feels like an accomplishment if we can’t make something at least try not disappoint ourselves in front of all those fans out there who have supported us over the decades.”

“We approach every album like it’s our first,” added LaBrie. “I want to make sure that we’re always putting out the best music and, most importantly, giving fans something they can believe in.”

The prog luminaries will get back on the road soon. The band’s “Top of the World Tour” kicks off in Mesa, AZ, and runs through a December 14th date in St Petersburg, FL with Arch Echo providing support. The new album is coming out just as they begin their tour.

VIP upgrades for the Top Of The World Tour are now available! https://t.co/dqMtSwjczT#DreamTheater #TopOfTheWorldTour #VIP pic.twitter.com/7PsD7kX9Ks

A View from the Top of the World was created by Dream Theater’s guitarist John Petrucci and engineered by James “Jimmy T.” Meslin, who also provided additional production. Andy Sneap mixed and mastered recordings for this album while Hugh Syme did artwork once again.

A View from the Top of the World Tracklist:

Get your tickets to see one of the most unique bands in modern music history, Dream Theater! They are known for their live performances and brilliant musicianship. The band recently announced a North American tour with select dates beginning this fall. Tickets can be purchased via Ticketmaster now – don’t miss out on an opportunity to experience rock n’ roll at its finest.

How much are Dream Theater North American tour tickets?

Depending on the venue, the price for Dream Theater tickets could range from $35 to-115 USD.

The average ticket prices usually depend on what type of seats are available at a particular venue. This means that it’s possible you’ll find more expensive seats closer to the stage or at venues in larger cities such as New York, Chicago, and Los Angeles while they become cheaper if you choose to sit towards the back or for an event outside of a large city. As concert tickets are sold by a number of sections different prices could be offered depending on where your seating is located, meaning you might pay less than someone sitting next to you just because they have access to three rows instead of one row worth of their dedicated seating section.

How to get Dream Theater North American t-shirt?

The t-shirt is not yet available on amazon.com. The cheapest deal I can find for a new one in the US appears to be on eBay for 90$. You may want to search around and compare prices or email an artist directly (search Google) as it seems there are also various Dream Theater artists who offer T-shirts for sale directly which might be cheaper. 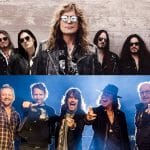 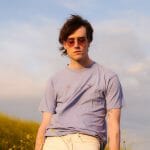