It feels like the wind of 2020 Holiday season is Moves with Dolly Parton. she has an amazing news for us she is just recently launched her Christmas special it will be broadcast on CBS on December. She is doing something special for her latest Christmas album. A Holly Dolly Christmas t is the newest gift for this Christmas. She is playing quite a list for the occasion she will send some authentic tune from her own record. She will also share some good stories from the past experience of Christmas about her family and some holiday classics will also be added with this. and we came to know that this all magic will be happen in East Tennessee at Smoky Mountains.

In a recent interview Dolly said that she is so much proud to be a part of the CBS family for this holiday season with her Christmas special. Jack Sussman is also at one with her and said that they are blessed to sign up with a star like her Who own Multi Grammy award multiple time and had experience of prolific song writing and a terrific live performer.

The executive ads also said that there is no one like Dolly Parton. and they are very excited to you brought her in front of the viewers for the holiday season.

A Holly Dolly Christmas will be broadcast on December 6 at 8:30 p.m. ET on CBS and it will be a live stream.

There is some other good news from Dolly Parton. Her next Netflix movie will also be release in 2020 and the premier will be on November 2020. The celebration will be automatically Double up and the happiness will be unlimited.

A Holly Dolly Christmas Gates a special spot in Christmas on the Square. It’s kind of a record for her because this is her first album in 30 years or More than that. it presents duet with Billy Ray Cyrus, Willie Nelson and star like Miley Also topped the Billboard Top Country Albums.

Dolly Rebecca Parton is the actual name of Dolly Parton. She is an actress, singer, author, songwriter, humanitarian, business woman and a multi-instrumentalist. OH! By the way she is also an American. She born in Pittman Centre, Tennessee   in in January 19 ,1946. she is the fourth children among her 12 siblings but none of them are alive today. Father worked as a sharecropper. Her mother was Avie Lee. She was a housewife. when she was 35, she was already giving birth 12 children.

She won multi-platinum and Platinum award from Recording industry Association of America. She is one of the very few singers whose 25 songs list top up on Billboard country music chart. Fe There is about 44 country album songs which are the top in their category create by her. As a matter of fact, she has almost half a century nomination for Grammy Awards and own 10 Grammy Awards in her career. She also won the Lifetime Achievement Award for King & Country. 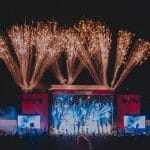 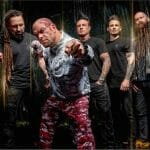