Morgan Wallen– a popular country music artist, has been known for his great musical talent. Morgan recently on Monday announced his three-country US thunder festival 2022. Morgan, like all other artists, wants to hold his tour in 2021. However, due to the racism controversy , the tour was postponed. Well, now Morgan has announced his return to the stage.

On Monday 2021, the country music popular artist came across his official social handles announcing his US thunder festival tour 2022. The post goes viral within a few hours. Thousands of people show their lovely concerns, with hundreds of them showing their excitement for the tour. Morgan is in between his tour and will visit the three countries.

What Is The Tour Schedule Of The Morgan Three Country Thunder US Tour 2022?

According to Morgan’s recent Instagram announcement- The Thunder tour will begin on the 23rd of October at Opelika AL, the US and will last till the 16th of June 2022. Well, Morgan Wallen, on this tour, will visit Arizona, Florence from the 7th of April to 10th, 2022. Then headed towards Wisconsin in Twin Lakes on 21st of July to 24th, 2022. Wallen- the great country music rockstar- will then move towards Florida and hold the power show from 21st of October to 23rd 2022. Morgan is the first one to announce the multi-day festival.

Four weeks ago Morgan announced the dates for this year’s Thunder Bristol at Tennessee. The concert show will be arranged on 30th of October at Bristol motorway. Wallen, however, on this show, states, “It’s going to be one hell of a homecoming,”. Moreover, Morgan is also expected to perform at the lowa. The lineup for the thunder lowa will be held from 10th to 12th of June, in forest city. However, the complete lineup has not been confirmed yet!

Wallen- mainly managed by the big loud management’s England has further stated the idea of adding up some more dates in the last few weeks-That including Auburn, Rodeo on 23rd of October and the two other shows at Coosa valley in Rome in Rome. The show at Simmons bank arena is expected to be held on the 20th of November.

What is Morgan And The Racial Controversy?

Earlier in 2021, Morgan Wallen had cancelled his 2021 various tour dates after his racial slur video went viral. Those dates also include the concert days of Arizona, Florida and Wisconsin.

Previously in 2021, morgan was not invited to the country awards due to morgan’s racial slur controversy. It was the first time in history that a nominated artist was not invited. Moreover, due to the controversy, the morgan’s social stranding has also been decreased. Hence, he cancels his 2021 thunder festival tour.

He then, in February, came back to social media, apologizing for the act he did earlier- He, on this point, states “I made some mistakes, I’m figuring those out, and I apologized because I was truly sorry and have been making amends,” Wallen states.

“Not only has this time revealed to me the ways in which I want to improve, but it’s also reminded me that I am still very proud of who I am and the man I am becoming,” Wallen further notifies.

Hence after his apologizing post on social media in February 2021- morgan cancels his 2021 tour dates and gets a social media break. Well, now, in October, he is coming back on the stage, completing the tour which was previously designed for 2021. 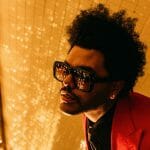 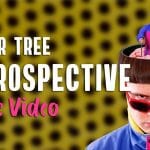