Coldplay has revealed their tour dates to the Uk arena in 2022. Following the big release of their new album. Are you excited to read more? Here is everything you will want to know for the Coldplay tour 2022.

Coldplay– the Uk based rock genre band has recently, on Thursday 14th of October 2021, announced their details for “Music of spheres world tour 2022”. The tour is expected to be fully sustainable.

The band Coldplay has been working on the climate and sustainable environment for years. Thus, their whole tour will be a live example of sustainability. The tour concerts will be powered with renewable chargeable batteries. Hence, just after these significant announcements, the band’s fanbase goes wild, thousands of people praise their ideas while others post and show their excitement, Twitter and Instagram go flooded in the band’s support.

The tour will kick off on 18th March 2022 in Costa Rica and several other venues. In London, the band is expected to perform three primary concerts: two of the concerts will be held in London’s Wembley stadium while one will be arranged at Glasgow’s Hampden Park.

What To Expect From Coldplay’s UK Tour 2022?

The primary aim of Coldplay’s “music of sphere” tour 2022 is to use renewable sources for power. These show batteries have been sponsored by the BMW and will be easy to charge using solar energy and hydro vegetable oil generators.

Music Of The Spheres // The new album OUT NOW https://t.co/ENpHKgXtHW 🚀 ✨ pic.twitter.com/yxuTCpqljN

The main vocalist of Coldplay on Thursday states, “We’re proud to partner with BMW to create the world’s first tourable, rechargeable show battery – which will allow us to power our concerts almost entirely from clean, renewable energy.”

He further discusses that these initiatives will help reduce the carbon prints in the concert as such a renewable source will replace diesel and petrol.

What Are The Dates Of Coldplay Uk Tour 2022?

The Coldplay, in commemoration of their album, will go on the global “music of sphere tour 2022”. The band will touch all the major countries and cities. In the UK, the band has chosen the selected significant venues. Moreover, Coldplay has revealed their tour dates for the UK- the Uk “music of sphere” tour 2022 segment will be kicked off from 12th August 2022, London – Wembley stadium.

At Wembley Stadium, the band will perform twice on the 13th and 16th of august; then, the band will be headed towards Scotland and others. However, the band is expected to hold their final Uk tour 2022 at Gig at Glasglow’s Hampden Park.

How Can I Get The Coldplay UK Tour Tickets 2022?

The Coldplay UK tour tickets 2022 have not been live on sale; however, the officials have announced the date for the tickets getting live. On 22nd October 2021, Friday sharp at 10 am, the tickets will be live for sale. So, if you are a crazy fan of Coldplay, this could be so important for you. You can book your tickets from Ticketmaster or their official website.

Presale for the Coldplay UK tour tickets 2022 will also be held on Thursday, 21st October, at 9 am. So, if you are the one who wants to reserve their tickets before the full release, then presale is a perfect choice for you.

How To Get Coldplay Uk Tour Ticket 2022?

Booking a ticket is a significant question? If you want to book your tickets, we have combined some of the great ticketing websites.

Thus, if you want to get Coldplay’s UK tour tickets for 2022, these are the best-suited options. Also, you can check out Coldplay’s official website for further details. 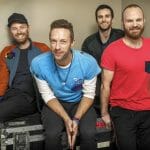 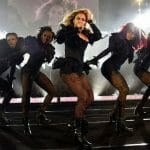