The Municipal Auditorium in Nashville will host the 56th annual CMT Music Awards on April 11, 2022.

Cross-genre acts from Nashville and the surrounding area will be featured on the evening.

While it may appear that country music has an unlimited quantity of yearly awards ceremonies, the CMT Music Awards are unique in more ways than one. For starters, it’s the only country music awards event that’s totally fan-voted, and it’s the only one that focuses solely on country music video shows and records. In 2022, the CMT Awards will be televised live from Nashville’s historic Municipal Auditorium, as well as other sites all around the city—plus, it will be the ceremony’s first broadcast on CBS.

“It’s official: Our three-hour Nashville extravaganza will be LIVE on CBS on April 11 for the first time as part of the Network’s biggest month of music ever,” CMT executive producers Margaret Comeaux, John Hamlin and Leslie Fram announced recently. “Expect the most unforgettable CMT Music Awards yet, jam-packed with the most star-power, world premiere performances and one-of-a-kind collaborations from in and around Music City.”

“The biggest and best moments in music are coming to CBS this April,” added Jack Sussman, Executive Vice President, Specials, Music, Live Events & Alternative Programming, CBS. “The CMT brand is preeminent in the world of country music, and we are thrilled that their team was able to coordinate a new date to bring this marquee event for television to CBS, and maximize the power of the ViacomCBS universe behind it.”

Here’s all you require to learn about the CMT Music Awards in 2022, along with when and how to watch them, as well as who will be nominated.

When will the CMT Music Awards be held in 2022

The CMT Music Awards 2022 will be broadcast live on CBS on Monday, April 11 at 8 p.m. ET/PT. On Paramount+, the show will be accessible to watch live and on-demand.

CMT will also screen an extended edit of the awards presentation on April 15 from 8 to 11:30 p.m. ET, including an additional 30 minutes of fresh performances and special content.

The hosts for 2022 are Kelsea Ballerini and Anthony Mackie. This is Ballerini’s second appearance, after co-hosting with Kane Brown in 2021, and Mackie’s first, after serving as a presenter in 2021, delivering Carrie Underwood the Video of the Year award.

“I’m thrilled to be returning as host at this year’s CMT Awards with Anthony Mackie,” said Ballerini in a statement. “This award show is always a special one, as it revolves around the fans and celebrates their favorite artists. This year is especially cool to be a part of as CMT grows into a network spot and expands for even more fans to get involved. It’s going to be a big one and I can’t wait!”

Meanwhile, Mackie added, “I had the pleasure of presenting at last year’s CMT Music Awards and received the warmest welcome from the country music community and the city of Nashville. I can’t wait to get back to Music City to co-host this year’s awards with the amazing Kelsea Ballerini.”

On a March 20, 2022 broadcast of TODAY, Mackie told Hoda Kotb and Jenna Bush Hager,“I am hosting the CMT Awards… finally! It’s gonna be amazing. I love Nashville… the culture of it, the history of it. I grew up a huge Ray Charles fan; Ray Charles was a huge country music singer and writer. Lionel Richie, who I’m a huge fan of, he’s big into country music. So it’s just the stories, the beauty of the music, everything about it.”

Who are the nominees for the CMT Music Awards in 2022?

The CMT nominations for 2022 were announced on Wednesday, March 16. This year, who’s on top? Kane Brown, who received four nominations. Three nominations were given to Ballerini, Mickey Guyton, and first-time CMT Award nominees BRELAND and Cody Johnson.

VIDEO OF THE YEAR

FEMALE VIDEO OF THE YEAR

Best video by a female artist; awarded to the artist

MALE VIDEO OF THE YEAR

Best video by a male artist; awarded to the artist

Who will perform at the CMT Music Awards in 2022?

It’s big news! When the Judds execute their famous song “Love Can Build a Bridge” onstage at the 2022 CMT Awards, it will be their first broadcast appearance in more than 20 years.

Who will present the CMT Music Awards in 2022?

The presenters’ identities will be disclosed closer to the broadcast date.

What are the options for fans to vote?

Every day, fans can vote up to 20 times.

All You Need To Know About Stevie Nicks Tour 2022 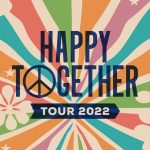