Born of Osiris announced a fall tour to promote their new album “Angel or Alien”. The 19-date outing will invade cities like Syracuse, Asbury Park, Reading, Virginia Beach, and Louisville. Joining Born of Osiris on the road are Shadow of Intent and Signs of the Swarm for special guest performances on select dates across America.

Born of Osiris announced a fall tour to promote their new album “Angel or Alien”. Click to Tweet

Progressive deathcore vets Born of Osiris have unveiled their sixth album, Angel or Alien. They are evolving their sound as they released a new music video for the title track that emphasizes how important it is to them to keep pushing themselves musically.

Two months after releasing their new album, the band is now teasing a follow-up to “The Simulation.” The song hints that it may be coming later this year.

“Angel or Alien” is an intense and atmospheric track off Born of Osiris’ latest album. The song starts with melodic synth lines that anchor the song, supported by a start/stop, stuttering backbeat for added dynamism. Ronnie Canizaro’s vocals are guttural roars at some times and distorted cleans in others as he grapples between his conflicting feelings about someone close to him looking for answers from them.

Born of Osiris feel that they have created their best album yet with the release of Angel or Alien. McKinney says, “We tried to refine and improve on each aspect that makes us Born Of Osiris.” This includes combining elements from all albums in their discography into one cohesive body of work.

“The ‘Angel or Alien’ music video was an extremely challenging feat for the band and crew. We wanted to walk out into the desert, where there were no footprints left behind by anyone else before us. The goal? To find a spot that would work best as our performance shots – we needed somewhere with the clean ground so it wouldn’t be too hard on everyone’s feet.”

“It all leads up to a moment I’ll never forget – everything set up on top of a dune in the desert, performing with my best friends and crewmates who were filming me as well. As we looked over the sunset between takes, it was both challenging yet also very rewarding.”

“Sometimes we get lost in thought. We crave connection, but it’s not always easy to find the courage and strength to face this world,” keyboardist Joe Buras says of their new album release “Facing The Earth.”

“Aliens, angels and the deep unknown,” is what you’ll find on Born of Osiris’s forthcoming album. The new song “Angel or Alien” has a dark soundscape with heavenly vocals – perfect for lightening up any tough situation in your life.

We're excited to announce our upcoming headline tour with support from @SOIBandPage and @signsoftheswarm! We're partnering with @Bandsintown for an exclusive pre-sale! Click the link below to track us and purchase tickets! RETWEET!!!https://t.co/Vcdm1zry7c pic.twitter.com/5VTj0na9AB

It’s been a long time coming, but Born of Osiris are finally making their way across the country for their ‘Angel or Alien’ tour. The band will be performing in cities such as Philadelphia and Chicago from May to June. In addition to a full list of dates and venues, check out some footage of what you can expect when you attend one this summer.

How much is born of Osiris tour tickets?

We have a wide variety of prices for Osiris tour tickets that depends on the venue. To find out more about how much your seats are worth to you, consult this chart.

We would need to know which date you’re interested in buying tickets for and what city or area the show is taking place in in order to give a more accurate answer. However, as far as pricing goes, Osiris concert tickets usually range from $40-400 ($50-500 CAN) depending on where and when they are purchased. For example, if the show is at our Omaha venue (Brooklyn Bowl), then there will be a different cost than if it were at our Charlotte (The Fillmore) or Lake Tahoe venues (Harveys).

How to get born of Osiris tour t-shirts?

The best place for tour merch is the Bungie Store. Secondarily, you can look through sites like Amazon to find any occasional deals that pop up. Finally, you can always wait until the items are available on a site like Hot Topic or MLB/NFL Shop after they get released in stores near the end of an album cycle. But as of right now, it’s Walmart or bust.

what is Born of Osiris’s net worth?

Born of Osiris has a net worth of between 2,800-3,500 USD. Born of Osiris was formed in 2002 and they disbanded in 2011 while their last album “The Discovery” (2011) had the following sales figures: 700,000 albums sold with 400,000 staying within the U.S., 40k overseas, and 30k outside North America alone. It also reached # 24 on the Billboard 200 and #6 in Independent Albums. Born Of Osiris was originally an American deathcore group from Chicago Illinois when they started out as Norma Jean’s bassist! Formed by guitarists Ronny Richardson, Matthew Coates. 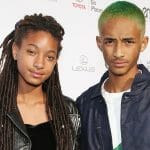 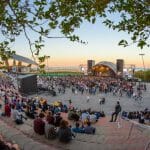