Bonobo yesterday came across his Instagram profile, posted a picture and indicated the willingness to arrange a tour- followed by this, he makes an official announcement through his Twitter profile announcing his world tour dates which are going to kick off from next year. The announcement of bonobo works as a fire in a forest. Thousands of the fans of DJ bonobo came across their social media handle posting about their excitement.

Earlier with the schedule, the bonobo has also announced the album as he will release the album and the tour together. It states that the album  “fragments” will be released on 14th January 2022, which is then followed by the tour named “fragments world tour 2022”.

Moreover, Simon green- the leading artist of the fragment album, has also shared the details of the artists collaborating with the fragment album. These artists include Jamila Woods, Joji, Kadhja Bonet, O’Flynn, and few others- thus, such a significant announcement has made all of the artist fans thrilled as everyone wants to see their favorite artist performing on the stage. The green announces that the album will consist of the 12 series of sonic affirmations and be released on your screens via ninja tune.

Simon Green has also shown great excitement for the fragments launch- keeping in mind the fact that the album fragment will be Green’s first full-length album after the previous release. The last launch will occur back in 2017.

Upcoming US DJ dates. Such a pleasure to be announcing shows again. Tickets on sale tomorrow at 10am PT / 1pm ET https://t.co/ld6jkc5i1s pic.twitter.com/nayEW74az9

Similarly, after the album’s release, the fragment world tour 2022 will kick off and start from 18th February 2022. The tour will not only increase the popularity but also helps to give the newly launched album publicity. The tour will start from the 18th of February in Nashville and will last till 18th April 2022. Meanwhile, the band will arrange the tour in all the major cities- The band will visit the America in mid-February and be headed towards Europe in April- touching the north border ranging from royal Albert hall London to Birmingham and Leeds to Nottingham in the mid of May. The tour will go all over.

Well, if you are a crazy fan of the bonobo and the fragments albums and want to hear it live from so near, then visiting the event would be the best choice. However, for that, you’ll need the tickets. The tickets of the fragments world tour 2022 will be live on sale from 8th October 2021.

So, if you want to purchase the tickets you can buy them from the following websites- these includes: 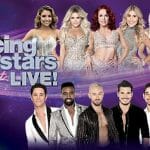 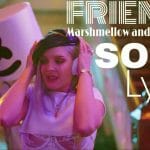