English band arctic monkeys have recently announced their first date of a new tour scheduled for 2022. Arctic Monkeys are a Sheffield-based English rock band who formed in 2002. Well, in arctic monkeys Alex Turner works as the lead guitarist and vocalist. Similarly, amie cook , Nick O’malley , matt helders plays the role of bass guitars, vocals, keyboard respectively.Andy Nicholson- the bass guitarist and back vocalist is another member of arctic however quit the band in 2006, soon after their debut album.

The tour will be Alex, Jamie, Matt, and Nick’s first live performance as a band since rocking the Lollapalooza festival in Brazil and the Estéreo Picnic in April of that year. Every single one of the band’s studio albums has charted at number one in the United Kingdom.

Fans of ‘Arabella’ and ‘I Bet You Look Good on the Dancefloor’ have been eager to see their favorite band perform live once more. Moreover, The debut album, “Whatever People Say I Am, That’s What I’m Not,” which was released in 2006, became the fastest-selling album in the UK and is credited as one of the very best of all times. Thus the album earned the title of Best British Album in the 2007 Brit Award Ceremony. Their most recent album was released in 2020. It was a recording of their 2018 concert in London’s Albert Hall, after the coronavirus epidemic. Well, now the band is hitting the road again. So, let’s have a look at the tour details!

When Will The Arctic Monkeys Tour 2022 Start?

Although the band has not yet released the England tour dates, the initial dates have been announced. The tour is scheduled to start on August 9, 2022.

Where Will The Arctic Monkeys Go First?

The initial tour is planned in the Turkish city “Istanbul.” Then they will hit the cities of Bulgaria, Croatia, and the Czech Republic.

How Much Will Arctic Monkeys Tour 2022 Tickets Cost?

It is unknown how much the tickets will cost, although their previous tour tickets ranged between £45 and £80. In the band’s most recent tour, people also criticized the ticket prices.

There is no such indication that their fan base has reduced a little bit. So, there are heavy chances that their ticket prices would continue to hold their mark.

When Will the Tickets Be Available On Sale?

So, what are you waiting for? Buckle up your seats and be ready! The ticket will be available from November 24, 2021, sharp at 10 am.

How To Get Cheap Arctic Monkeys Concert Tickets 2022?

The tickets are available on various online platforms. Well, finding the reliable one is really difficult; hence we have deduced some of the most trustworthy ticketing websites that offer multiple featured tickets along with excellent services and affordable discounted packages:

What Are The Tour Dates Of Arctic Monkeys 2022?

The first initial dates have already been announced and were released on November 16.

No UK dates have yet been released, but the current list is as follows: 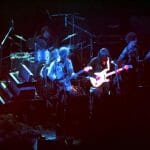 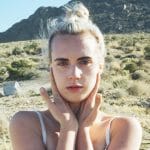