Japanese Band Arashi will live stream a concert on the New Year’s Eve on 31st December 2020. The band made this announcement on their official fan club site on Thursday. Arashi ahead of their planned cancellation of activities at the end of 2020 came with the news of online concert as part of their celebration of 21st anniversary with a new release and a virtual concert at the New Year’s Eve.

Arashi will live stream the concert on 31st December 2020 but the time of live streaming is yet to announce. They requested the fans to keep an eye on their website for the updates.  Besides live streaming the concert the Japanese boy band is coming with a full length album titled This is Arafes and a Netflix series Arashi Diary Voyage. At last the band is going to celebrate the anniversary with due festivity.

The best-selling Japanese band Arashi was formed in 1999.The band under the flagship of Johnny & Associates Inc has become a well-known group in Japan. The band is comprised of five members. They are Jun Matsumoto, Satoshi Ono, Sho Sakurai, Masaki Aiba and Kazunari Ninomiya. The band is not only famous for their music but also for their variety shows.

The year 2020 is a barren year for music industries all over the world. Arashi also could not go for live concerts due to world pandemic covid-19 outbreak. In response to this they planned to suspend their activities at the end of 2020. But the band came up with the decision to go for online concert at the New Year’s Eve. They will live stream the entire concert. The Japanese group will host the live streaming program This is Arashi live on 31st December 2020.

The tickets are available now. Every ticket holder can have two simultaneous logins. Even the live stream quality will be optimized to ticket holders’ net speed. Tickets can be collected from the official site of Johnny & Associates Inc. 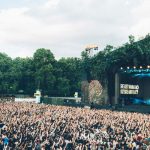 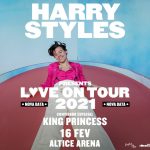