Allman Family Revival has revealed the dates for their sixth annual tour, which will see the illustrious group travel from coast to coast and play 18 concerts throughout their journey. An all-star lineup of musicians and special guests will perform at select tour stops to pay tribute to the late Gregg Allman during the shows that are being planned in his honor.

The Devon Allman Project, Duane Betts, Donovan Frankenreiter, Maggie Rose, Larry McCray, Jimmy Hall, and Alex Orbison will perform at the Allman Family Revival in 2022. The River Kittens will also be in attendance. The North Mississippi Allstars’ Luther Dickinson and Cody Dickinson, along with George Porter Jr., G. Love, Ivan Neville, and Samantha Fish, will be performing alongside the group on select dates.

Macon, Georgia, the historic home base of the Allman Brothers Band, will serve as the venue for the first show of the tour, which will take place on November 26 at Macon City Auditorium. Their second stop on tour will be at the Ruth Eckerd Hall in Clearwater, Florida, on November 27. After that, they will continue their tour throughout the Sunshine State before performing in New York City on December 2 at the prestigious Beacon Theatre. This show will take place in New York City.

The artists will proceed their journey up the coast, stopping in Boston on December 3 to perform at the Shubert Theatre, followed by a visit to The Warner in Torrington, Connecticut, on the evening of December 4. After that, they will head back to the southern part of the United States and make stops in North Carolina, Alabama, and Tennessee before performing at The Factory in St. Louis, Missouri, on December 10.

The Allman Family Revival will play their final tour stops on the West Coast in the state of California, beginning on December 16 with a one-night stand at The Wiltern in Los Angeles. The tour will continue through January. The band will play their last show on December 17, which will take place at The Fillmore in San Francisco.

How do I save on Allman Family Revival tickets?

There are still tickets available for the Allman Family Revival that can be purchased for as little as $20.00 each if you are interested in going.

The best places to search for, locate, and purchase tickets for The Allman Family Revival are the websites Ticketmaster, Ticketnetwork, Stubhub, Vividseats, and SeatGeek.

Most The Allman Family Revival concerts typically last between two and three hours, but their length can vary depending on the opening acts, encore, and other factors.

On December 8, 2012, Devon paid tribute to his late father, Gregg, by hosting a concert at The Fillmore in San Francisco that lasted for three hours and featured multiple sets. The show was a sell-out, and all tickets were purchased in advance. Devon invited some of his closest musical friends to join him on the stage at The Fillmore. It was a difficult day for Devon, as it was the day that Gregg would have turned 70 years old, and it came in the same year that the Grammy-winning musician had to say goodbye to both of his parents within a few short months of each other. 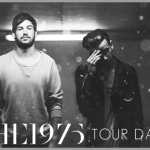 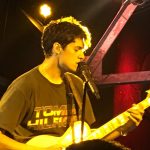