The Super Bowl after-party 2021 is more than just a party for 2021. This time, the international stars are performing on the stage to support small businesses. Indeed, this is an exciting theme but a useful one for the USA’s affected businesses in this pandemic.

Besides, Verizon will donate $10 million from the upcoming party’s profit to a local NGO. All this money will be donated to help out the USA small business financially. Everyone appreciates this astonishing and helpful decision of the super bowl authority.

Alicia Keys, Christina Aguilera, Luke Bryan & More international artists will show up on stage to make the Super Bowl LV after party. The Afterparty would kick on 7th February. Fans are super excited to catch the party here.

Super bowl after party this time will be donating all the small businesses that couldn’t make a move because of the entire world situation. The stars performing at the event have also been announced.

Who will Perform For Super Bowl LV After Party

The Super Bowl is undoubtedly one of the most awaited events in the USA. And the super bowl after party is the ultimate party shake. Every year, famous international stars arrive at the venue to catch them live. This year, the Afterparty was a challenging event to arrange. After a massive controversy and fighting against the challenges, the authority has decided to jam up the part by live streaming.

The announcement of these stars arriving at the party has boosted the party energy for super bowl fans. After the past years, Afterparty has always spread another level of fantasy among the super bowl fans. As this year’s after part will be taking place online only, fans hope to get something extra from the new step in the history of the Super Bowl.

But at the same time, fans have expressed their feelings that the event isn’t canceled at least. After fighting with the whole situation, the authority has finally got to step forward with the event.

Stars have expressed their excitement about the upcoming event on 7th February. This is also a brand new experience to entertain everyone online. Every time it was a crowded atmosphere to boost up a party, the only thing in common will be the setlist. Fans will be screens away from the stars.

But all of the musicians and actors have taken this chance to attend the event as an honor. All of them are super happy to get an opportunity to raise funds for small businesses in the USA. Besides, all of the stars have also ensured to present a potent lineup to make the party over on the top.

Eric Church and Jazmine Sullivan will be performing the USA national anthem to the program. The national anthem has always been an honorable part to perform. Church has expressed his entail hesitation with the performance on the big event. Undoubtedly it’s a super fantastic part as well as the kick-off part of the event. Being an award-winning musician, the church expressed the difficulty with the national Nanterme to be sung in his voice. Moreover, he recommended Chris Stapleton to be the perfect voice of the hard chorus.

But at last, the musician has taken it as a challenge and will present the anthem with JAzmine Sullivan. This would be the first time here Jazmine and Church will be performing together live./Another exciting thing about this match is, Catch had obviously heard Jazmine’s name as the best singer in the industry but hasn’t met or listened to any of her work yet. So indeed, this is going to be a significant part of shutting down the event.

To catch the event live, keep your schedule clear on

Though the afterparty event of super bowl 2021 will be streamed online, this has started to spread a great craze among all the fans. Unlike every year, there will not be any hassle to arrive before the time to catch the super bowl 2021 party. The stars will jam up the celebration with a fantastic setlist. This one would undoubtedly be an excellent experience as well as a unique step in super bowl history.

So, official updates of the Super Bowl has announced that the party will get on fire to the following date:

So recheck your schedule and make space to catch the party on time. According to the schedule, the event will start at 11 pm ET. The big concert will be starting just after the American Football championship game. And the concert is going to kick off after the national anthem performance at 6.30 pm ET. Being late can ruin amazon moments of the show. So, make yourself place in front of your suitable device to catch the whole big concert of the year.

Super Bowl 2021 Afterparty Verizon Big Concert is going to show up online only. You can catch the event on the CBS sports network from everywhere in the world. Besides, the entire concert will be available on CMT, MTV2, MV Live.

You can also catch the Afterparty on all the Verizon accounts on social media. This will be broadcasted on different social media platforms like Facebook, Twitter, Reddit, Youtube. This is a preferable option for fans. Everyone from every corner of the world can easily catch the whole concert live online. 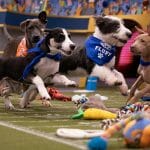 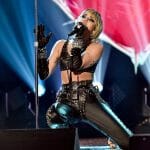