Eric Church will perform a free show in Texas as a thank-you to his San Antonio fans after canceling a planned engagement there this weekend to join the NCAA Final Four basketball tournament.

“Thank you San Antonio for letting me take my family to this game.”Church, 44, wrote in a tweet Friday afternoon, announcing the free show, which is set for early September.

He added,”It took a minute to figure out how and when I could properly express my thanks,” he wrote. “I will be coming to Whitewater Amphitheater in New Braunfels, TX on Friday, September 2, 2022, for a ONE-of-a-kind FREE show for those of you who bought tickets and were planning to attend our canceled San Antonio show.”

Church’s enraged fans brought to social media on Tuesday to share screenshots of an email they got from Ticketmaster from the “Record Year” singer, informing that he was canceling his April 2 tour date at the AT&T Center in San Antonio, Texas, in order to watch the University of North Carolina men’s basketball team play Duke University.

Fans were granted ticket refunds by the AT&T Center, but several complained on Twitter about non-refundable travel fees.

“Is Eric going to pay for their motel and food and travel? He ruined a weekend for a lot of people,” @Douglas89979785 wrote.

“How is it free if they already paid for the tickets and now they have to travel to new braunfels lol,” one Twitter user asked.

As a lifelong Carolina basketball fan, I’ve watched Carolina and Duke battle over the years but to have them matchup for the first time in the history of the NCAA Tournament is any sports enthusiast’s dream,”the email stated, as per various screenshots online.

Church allegedly stated in the email that he was well aware that asking supporters to skip the event was the “most selfish” thing he’d ever asked of them.

Church’s choice to skip a show date in order to enjoy a basketball game drew the ire of at least one other country music artist this week.

Jason Aldean, who performed with Church on the 2012 song “The Only Way I Know” and referred to him as a “friend” in an interview with E! News’ Daily Pop, chastised Church for upsetting fans.

“I don’t know that I could cancel a show to make it to a game,” said Aldean. “I feel like people buying a ticket to come see your show, you kind of have to hold up your end of the deal on that.”

He added, “I know Eric’s a huge basketball — Carolina — fan and I don’t want to dive into that too much, but I don’t think I would feel good if I did that, so I don’t know if I could pull it off.” 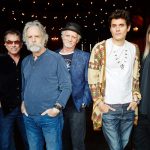 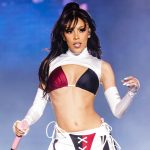