Hip-hop stalwarts Cam’ron, Mase, and Jadakiss have revealed that they will embark on a joint tour later in 2022, during which they will visit seven cities around the United States. During the month of October, they will be performing on their 3 Headed Monster Tour, which will make stops in Bridgeport, Philadelphia, Elmont, Pittsburgh, Norfolk, Augusta, and Fort Lauderdale. The statement was made not long after a dispute that had been going on between Cam’ron and Mase for over two decades, but which has now been settled.

Cam’ron will continue to push his most recent studio album, “Purple Haze 2,” which was released on the 20th of December, 2019, through Cinematic Music Group as well as his own Killa Entertainment label. The new album has cameos from artists like as Wale, Max B, and Jim Jones, amongst others, and debuted at number seven on Billboard’s Rap album list. Since he began his career in 1993, the rapper from New York City has worked with a large number of musicians, some of which are listed below: Kanye West, Nicki Minaj, Wiz Khalifa, Mariah Carey, J. Cole, ASAP Ferg, Dave East, Busta Rhymes, Mac Miller, Gucci Mane, and Snoop Dogg.

Where can I purchase the 3 Headed Monster tour tickets?

Tickets for the 3 Headed Monster tour were made available for purchase on September 30 at 10:00 am local time on the website threeheadedmonstertour.com.

Tickets for the 3 Headed Monster may also be purchased via Ticketmaster, Vividseats, Viagigo, Ticketnetwork, Stubhub, Livenation, and SeatGeek, among other online marketplaces.

Attending a show from the floor seats near the three-headed monster could well be the most incredible thing you do all year. At live performances, floor seats and first row seats are sometimes among the most costly tickets available. There is a possibility that front row or center stage tickets may be the most expensive option for 3 Headed Monster.

The timing of the 3 Headed Monster tour couldn’t be better, considering that Cam and Ma$e had just put a stop to their protracted spat. It will also provide supporters a single feature of The Lox/Dipset tour that they were waiting for after the two groups’ famous Verzuz, which Jadakiss stated was so successful, that it prompted his label restructure his contract. The tour will take place after the two groups’ blockbuster Verzuz.

In addition to going on tour, Jadakiss recently revealed to Rock The Bells that he and the other members of the Lox are working on a new album together. In addition to that, he said that he would soon be releasing a new coffee called Kiss Cafe. 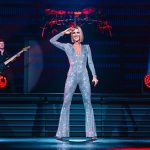